The story follows the main character Riki Naoe; a high school student who has been a member of a group of friends named the Little Busters since childhood. Riki brings multiple girls at his school into the Little Busters to have enough people to play a baseball game.

A 26-episode anime TV series adaptation, directed by Yoshiki Yamakawa and produced by J.C.Staff, began airing in Japan on October 6, 2012 on Tokyo MX. The screenplay was written by Michiru Shimada, and chief animator Haruko Iizuka based the character design used in the anime on Itaru Hinoue's and Na-Ga's original designs. The anime series will be released on nine BD/DVD compilation volumes between December 26, 2012 and August 28, 2013 by Warner Home Video. The opening theme is "Little Busters! (TV animation ver.)" and the ending theme is "Alicemagic (TV animation ver.)", both sung by Rita. Both songs are remixes of the theme songs featured in the original visual novel. The rest of the soundtrack is sampled from albums released for the visual novels including the Little Busters! Original Soundtrack and Little Busters! Ecstasy Tracks.

The staff and cast from the anime returned for a 13-episode second season titled Little Busters! Refrain, which mainly covers the final scenario in the visual novel. It began airing on October 5, 2013 on AT-X. The episodes will be released on seven BD/DVD compilation volumes between January 29 and July 30, 2014 by Warner Home Video in limited and regular editions. Refrain has also been licensed by Sentai Filmworks for release on home video in 2014. 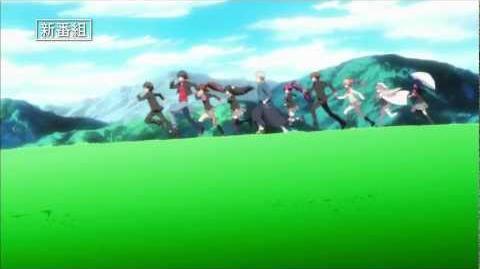 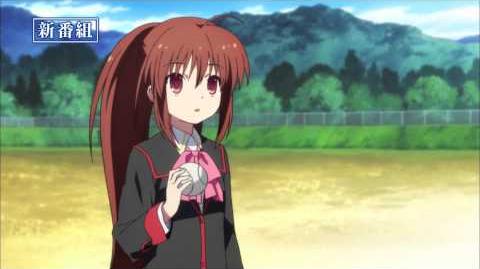 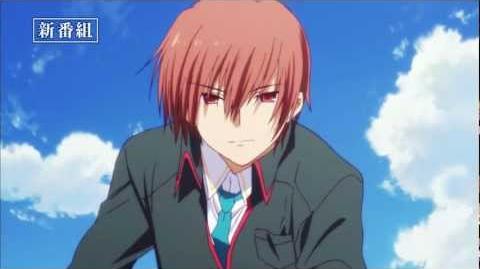 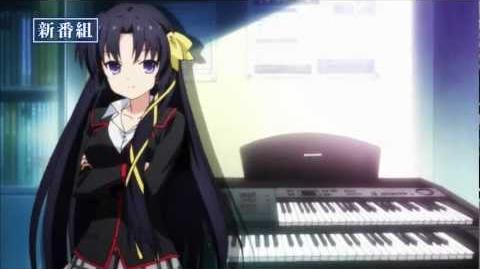 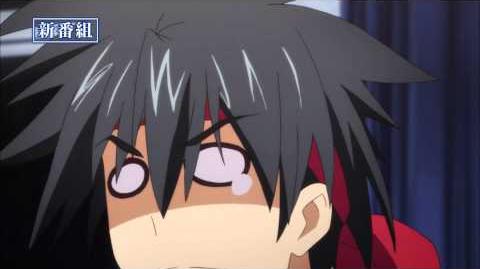 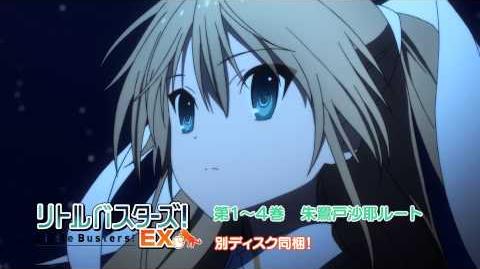 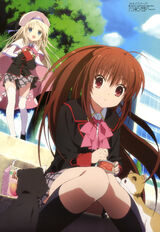 Add a photo to this gallery

Retrieved from "https://littlebusters.fandom.com/wiki/Little_Busters!/Animation?oldid=14943"
Community content is available under CC-BY-SA unless otherwise noted.